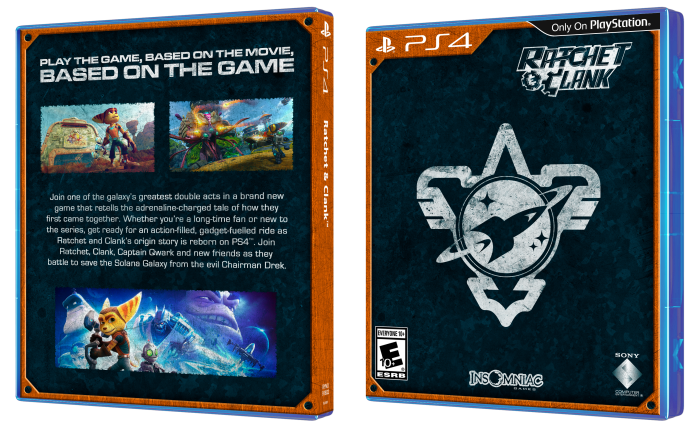 A cover for Ratchet & Clank 2016, part of a series for the Ratchet & Clank games named Raritanium Editions, with simple, recognizable designs from the games. KBABZ worked on the primary design and assembly whilst HowXu made the vector game logo and emblem, which is the Galactic Ranger emblem.

For this cover, the colours are meant to link to the orange and green used in Ratchet's casual clothes. The tagline is from the US cover, while the blurb is from the EU cover (I didn't like the movie marketing angle the US blurb used).

LOVE IT!. So simple