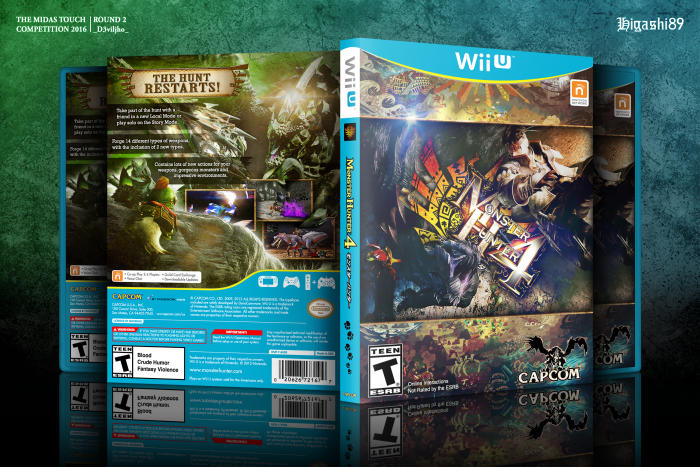 Oh yeah baby here's my entry for Round 2! This round they gave me Monster Hunter 4 by the user _D3viljho_: link

Oh man I had a blast with this one because Monster Hunter has great, high quality resources and resources that made me inspired to create compositions where you create sensations of deepness, as you can see for example there on the screenshots at the back where the rock is at front of the screenthos, and the dragon's hand like it's holding the screenshots or something. Really spectacular, man.

Well, that's it. My rival in this round is Blood Phoeonix, a great box artist. I hope he will do something that looks original and cool!

Very true to the original but a fuckton better. Awesome!

you've really out down yourself this time alex, really awesome work.

Wow dude, way to go. I really don't think I can make anything nearly as good as this.

I believe you can, bro. You can do something different, approaching a new design, something that can stand out from the others

@Higashi89 Thanks a lot man. This gives me the inspiration to at least get started on the box :)

This is actually incredible.