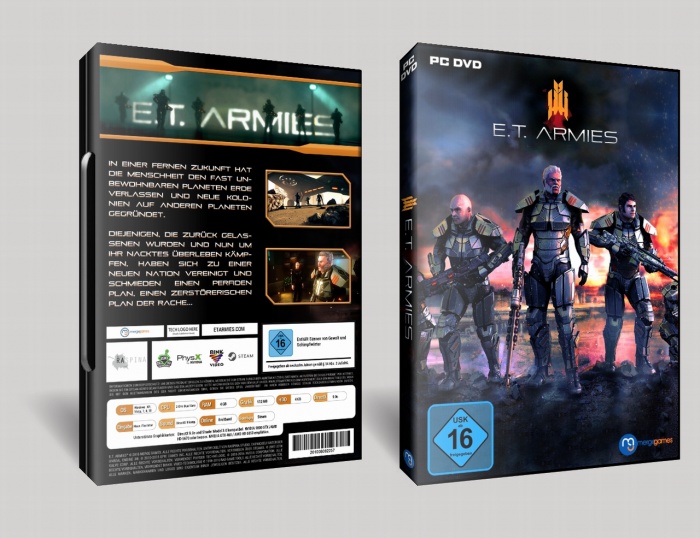 E.T. Armies is an action-packed, fast-paced, science-fiction first person shooter. The game takes place in a dystopian future in which Earth’s resources have been depleted. Abandoning the planet seemed to be the only avenue for survival but not all could leave. Those left behind have become united in their struggle. It’s just the beginning for the Forsaken and the start of their devastating plan for vengeance. The Forsaken hungers for supremacy and power in equal measures and war is its lifeblood.

As a Parsis soldier you are charged to resist this new power and defend the fragile landscape against the Forsaken’s ruthless onslaught. Along the way you’ll face more strife than you could have possibly expected, together with your allies you must fight to cleanse the land from the Forsaken’s brutality.