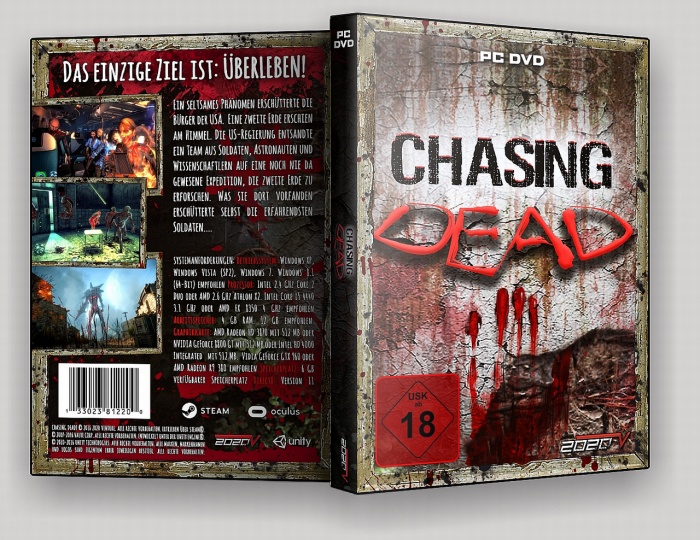 Chasing Dead is a story-based, Sci-fi/Horror First-Person Action Shooter.
The game begins with a strange phenomenon in which another Earth appears in our skies. The curiosity and fear of a doppelganger planet initiates multiple missions in order to make contact with the duplicate Earth. A team of agents, astronauts, and scientists were sent 955,600 miles across space by NASA and the US Military, however all contact is lost a few hours after their arrival. You play as a marine named "Jake" who is sent on a mission to retrieve any research and data left behind by the original survey team while fighting off hostile forces.

Jake is a 29 year-old mercenary who is a former DEA agent and soldier who is hired by US government.
During his training he was a identified as a lone wolf. He was recruited not just for his combat skills but for his self-driven tenacity and ability to make sound decisions on his own without the need for guidance. After his recruitment, he underwent a cybernetic ...