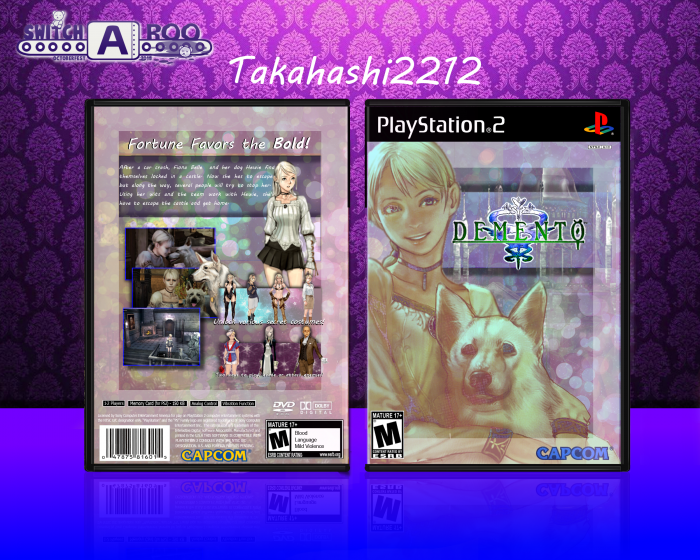 Demento (AKA Haunting Ground) is a 2005 horror developed by Capcom, and is considered a spiritual successor to the Clock Tower games (rumor has it the game started with the title "Clock Tower 4"). You control Fiona Belle with her dog Hewie and you have to escape a castle after you get into a car crash.

The game is much more complicated than that, but that's the gist.

Hope this still counts! I tried to walk a fine line of working with the theme, and representing the game. I had to fudge some of the story details on the back in order to make the game sound happier. Finding pictures where Fiona is smiling in this game was harder than it should've been.

(Also, if you're wondering why I used the Japanese name Demento rather than Haunting Ground, I thought Demento sounded less like a horror game, meaning it was easier to do the theme IMO).

Cool stuff Samson back feels a little empty but all round It fits the theme and the colours are really nice.

HOOW TO MAKE DOWNLOAD THIS COVER ? GIVE ME, PRINTABLE PLIS, DUDE !

You have to close your eyes and spin around really fast first.