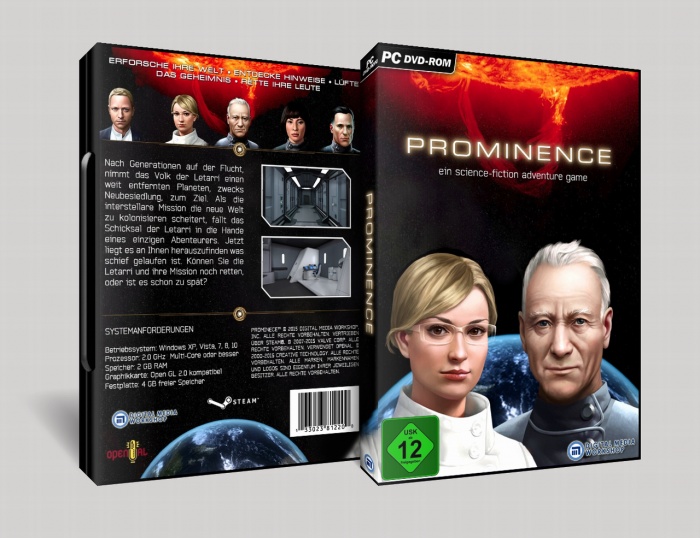 After living for generations as persecuted refugees, the Letarri people set their sights on a far-off planet as a promising new home. But when the interstellar mission to colonize the new world goes terribly awry, the fate of their people falls into the hands of a lone adventurer. Now it's up to you to unravel the mystery of what happened. Can you save them and their mission, or is it already too late?

Prominence is a first-person, point-and-click adventure game for the PC filled with puzzle-solving goodness, compelling character arcs, and an engaging story of hope and humanity in the best traditions of good science-fiction.
Key Features

Solve a dynamic mix of challenging, yet logical, puzzles that tie directly into the story.
Discover clues and reconstruct the events of the mission through emails, audio recordings, environmental clues, and a damaged central computer in need of repairs.
Hack computer subsystems via a text-based interface.
...

perfect
its ready for a grand print