Movies » Where the Wild Things Are Box Cover ← → 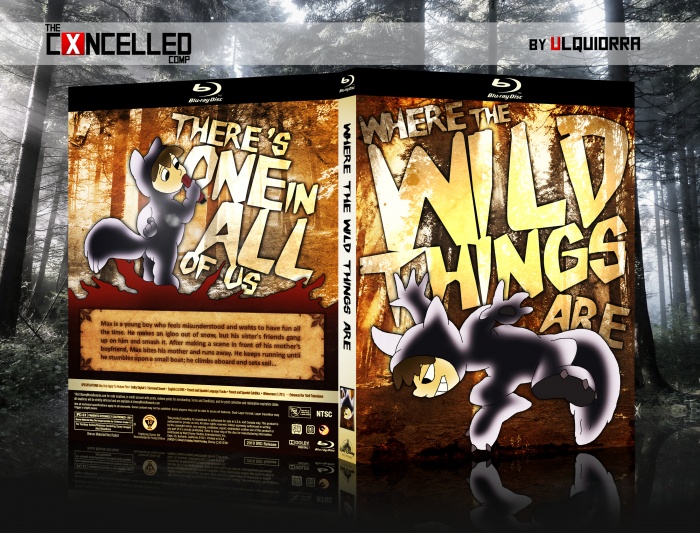 Here’s my entry for "The Cancelled Comp": the disney’s version of “Where the wild things are”. To be honest, I'm not a huge fan of Disney animation but the first pictures (which are CGI and Animated Drawing) they released looked actually pretty good. Officially the project was too expensive, but some people think that Disney was more afraid that the CGI will completely replace the traditional drawing (it's kinda ironic to think that it finally happened even without this movie).
Here’s the pictures I’m talking about: link
So as usual, enjoy or hate and don’t hesitate to leave any com’ or criticism.

Where the Wild Things Are Box Cover Comments

Comment on Ulquiorra's Where the Wild Things Are Box Art / Cover.

Thanks a lot man!

Nice yet simple. There isn't much information into it but the box looks cool. Nice drawing, too.

Thanks for the feedbacks, good luck in the comp (and don't wait too much to start yours! :P)

Thanks! Good luck for you too!

Like I said in the WIP thread, I absolutely love this I feel like it captures the Where the wild things are and the disney aesthetic really well, awesome job man, I love the rusted browns and the typography alot! good luck in the comp! =)

Thanks a lot dude!