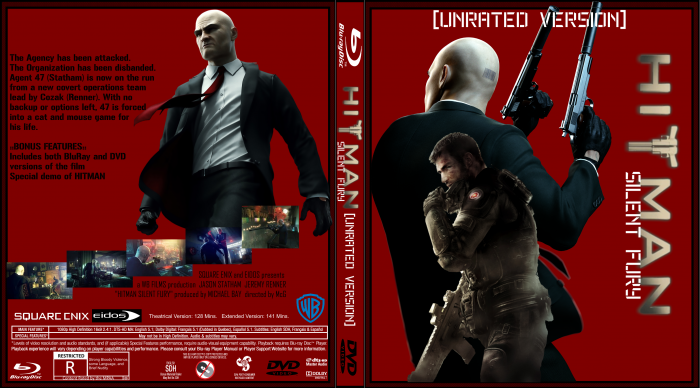 A fake movie based off of the videogames. The film would serve as a follow up to Hitman: Absolution. After 47 takes down The Agency, a new strike force is assembled to take down the agents. Eventually 47 (now played by Jason Statham) goes on the run, for the first time, without help.