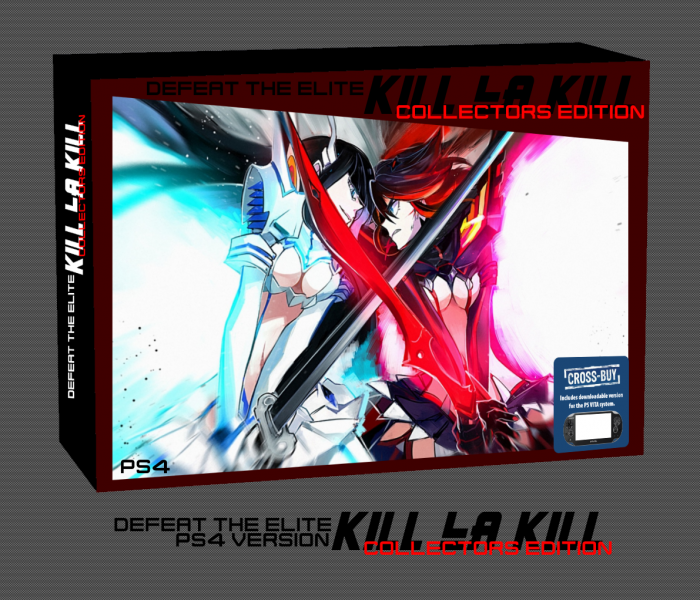 Let me be clear in saying this is NOT an official game, just a box for a fake game
I also did a box for the PSVita version so stay tuned for that!!
Kill La Kill: Defeat The Elite has you playing through the storyline of the anime. There are two halves to the campaign, one for the main character (Ryuko) and the antagonist (Satsuki). There is both a single player campaign and a coop bonus mode called School Arena, where players face off against eachother in 1v1 battles like in the anime.
Release Date: July 15, 2015
Platforms: PS4, PSVita
Developer: Platinum Games, Ninja Theory

1) Fuck you for getting my hopes up that this was real.

3) There needs to be more KLK love on VGBA!

Super job. Straight to the point and easy on the eyes. Please do more KLK stuff, because it's so so underrated and overlooked!

I have another box for KLK waiting to be uploaded
And trust me, my hopes were up for Silent Hills but look how that turned out..