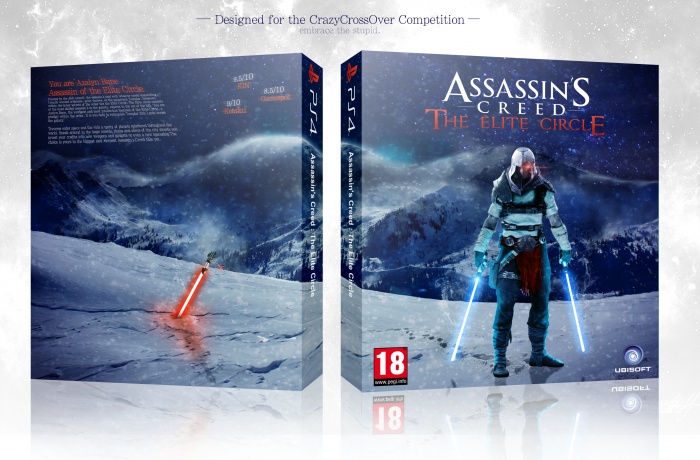 Here's my entry for Paper's Crazy Crossover competition! I was lucky enough to be provided with 2 games that could
crossover and look awesome. Assassin's Creed and Star Wars.

I was researching the assassin's guild in the star wars universe to discover that there is a order of the best assassin's called the Elite Circle. I decided to plan my design around this idea. Im not entirely happy with the finished product as those mountains were such a pain to add. They didn't come out how I liked but realism is something I'm not that experienced with, so i did the best I could.

This was lots of fun and big thanks to paper for setting up the competition!

They do in the Assassin's Creed universe

@Matknapers18 yeah because the AC universe is glitch as fuck.

Embrace the stupid, I love it haha, This is actually an amazing idea, I absolutely love the design really awesome job man!

I can definitely see the effort that went into this. It's very fun to look at.

The back could use a little bit more though, like screenshots.

Yeah thats quite understandable, thanks for the feedback!

I fav'd it because it's awesome, but I agree that the back needs more.. wether it be screenshots or something else. All in all, it feels unfinished.

Ok, thankyou for the feedback, much appreciated

Woe , I love your idea

I agree with the statement of the back needing a bit more, but this turned out great.

Thankyou! Two in a row is just mental xD

Congrats man you really deserved it

I actually didn't use a template for this one. I just dropped in the ps4 logo on the spine and made it red.