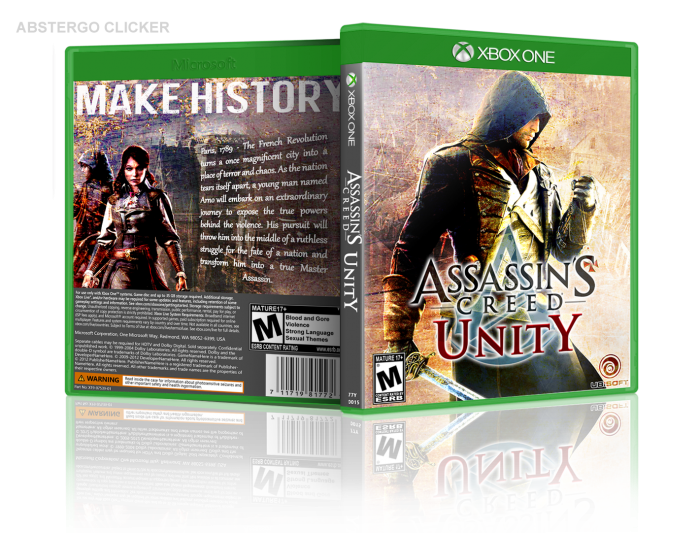 AC Unity came out yesterday and I'm just waiting for it to ship, but I was getting pretty restless so I decided to take another crack at making a box for it. Similar but different. Hope you guys like it.
Printable - link

I really like the front. The white drop shadow around the logo looks unnecessary though, and the back is too text heavy imo.

Very Bad Effect , Too Much Noise is Back