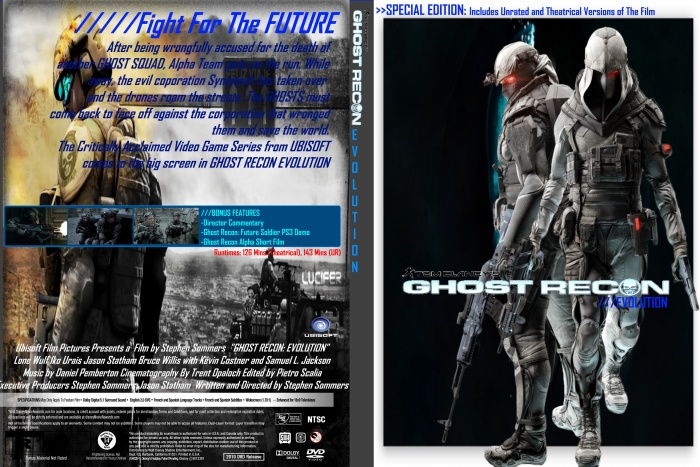 I just thought it was time for a live action film

for those wondering, this film would be a direct sequel to GR: Alpha

for those wondering what is rated for:
Rated R for Graphic War Violence Throughout, some Language including drug references and brief sexuality/nudity (Strip Club Scene xD)

1. The front is too black with nothing much going go. The border doesnt suit the front either.
2. Personally I dont like the way "Evolution" is displayed on the spine. Or the colour of the spine... The grey is from nowhere...
3. The pictures and logos are distorted, alway keep them in proportion.
4. the text on the back cover is too hard to read. And looks like you havent put any effort into laying it out.