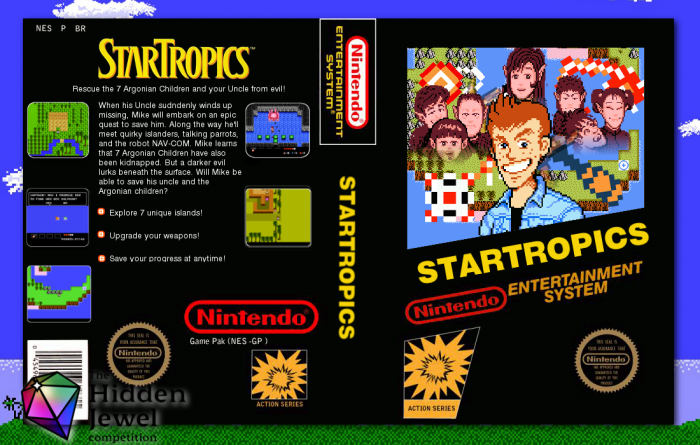 Second submission for the Hidden Jewel Competition.
Background: StarTropics is a 1990 action-adventure game developed by Nintendo IRD (Now more known for designing Nintendo's hardware, and Virtual Console emulators). Despite the game being developed in Japan, the game was never released in Japan. This game is most well known for coming with a special piece of paper that you would get wet, and it would reveal a code to get past a part of the game. The game got a sequel titled Zoda's Revenge. The game changed several core gameplay concepts (and was also never released Japan), leaving fans divided. The game was met with high praise at release, and today.
EDIT: Sorry for reuploading this, it wouldn't update.

A lot of the images seem randomly placed, and makes the whole box have a cluttered feeling. Especially the images on the template.

Never heard of this game too. Sounds neat.