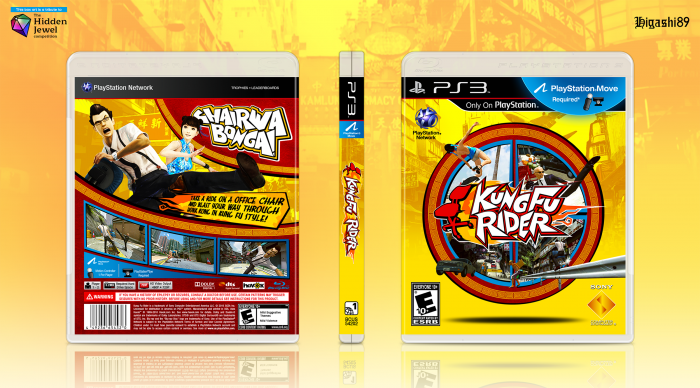 So what is this game about? Well, it's basically about a couple trying to run away from the Triads (chinese Mafia) using nothing but a office chair. That's the whole game. Although it sounds odd at first, it's a pretty fun game to play alone or with friends using the Sony's version of a wiimote.

Since the template I used for this had those blue labels, I decided to focus on yellow and red too, which are also the main colors used in the game's art direction and logo. Some stuff were custom made like the tagline and the ornamental shapes. I really enjoyed doing that clipping mask stuff on the front.

If you enjoyed my work, favorite and comment, tell me what you think of it.

sex on the beach

Wow, what a fun looking box. I love how dynamic everything is. I'm just not sure how I feel about the screencaps being warped with the frames, but it doesn't take away from the glory of the whole thing. Fantastic job.

I really like the box overall! Fits the theme of the game very well