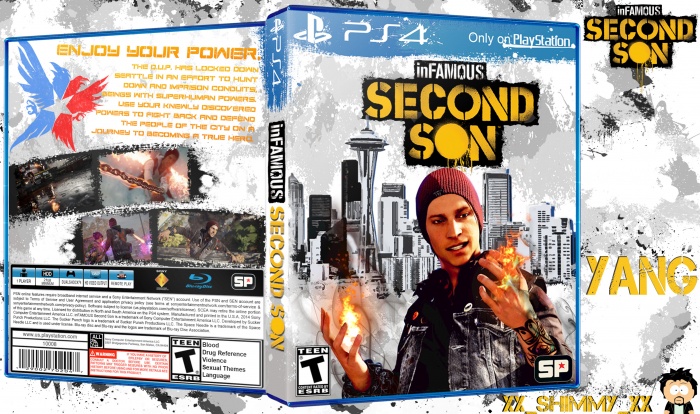 The first part of what I designed as a double-sided reversable cover; "Yin-Yang" (each side uploaded separately for best viewing quality). The game allows the player to choose between acting like a responsible hero or a ruthless menace, so I wanted to create a double-sided cover which reflects that.

I wanted to do something at least a little different from the norm, so I took the liberty of creating a painted version of the PS4 banner to match the rest of the graffiti art style I was going for. I mainly used white and blue throughout the cover because they represent "good karma" in the game.

And if you haven't seen it already, please check out the other part of this double sided cover, "Yin," which can be found with my other box art.