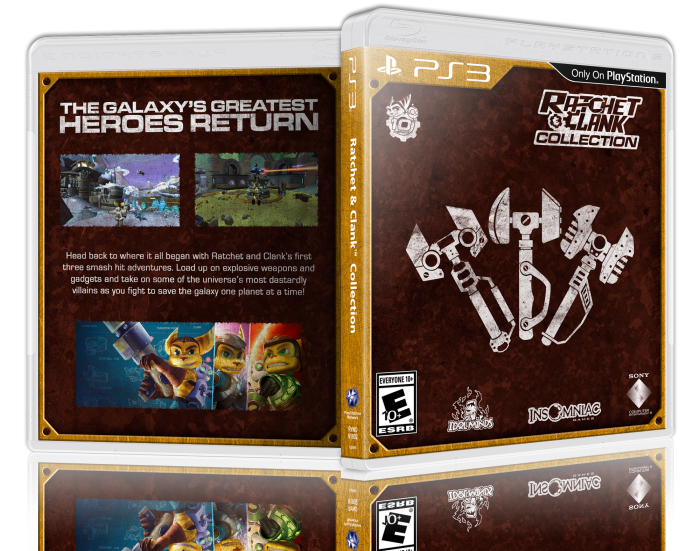 A cover for the Ratchet & Clank Collection, part of a series for the Ratchet & Clank games named Raritanium Editions, with simple, recognizable designs from the games. KBABZ worked on the primary design and assembly whilst Runelea made the vector game logo and emblem, which is the three wrenches featured in Going Commando, each representing a game in the collection. She also made the vector 10th Anniversary and Idol Minds logos.

For this cover, the colours are meant to link to the yellow and brown of Ratchet's fur. Both the tagline and blurb are taken from the original EU cover. The R&C Collection never got a subtitled logo, so the one used on the front is a unique creation of Runelea's based on the ITN logo.

I actually disagree. The front has enough done to it. Sure, minimal does not always equal the best approach, but he did a fair job with making the renders correspond to one another. Also considering there is a theme going about with the entire series, he's done a good job of creating a color scheme and keeping to the theme.