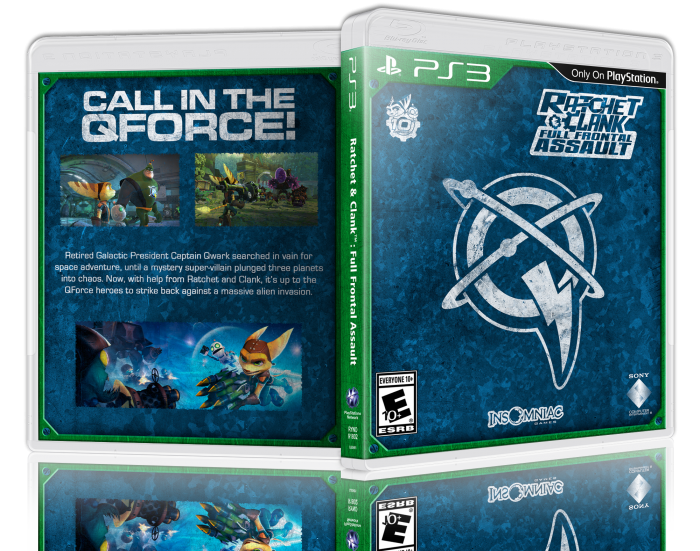 A cover for Ratchet & Clank: Full Frontal Assault, part of a series for the Ratchet & Clank games named Raritanium Editions, with simple, recognizable designs from the games. KBABZ worked on the primary design and assembly whilst Runelea made the vector game logo and emblem, which is of course the Captain Qwark Q logo. She also made the vector 10th Anniversary logo.

For this cover, the colours are meant to link to the blue and green of Captain Qwark's own spandex suit. Both the tagline and blurb are taken from the original EU cover.