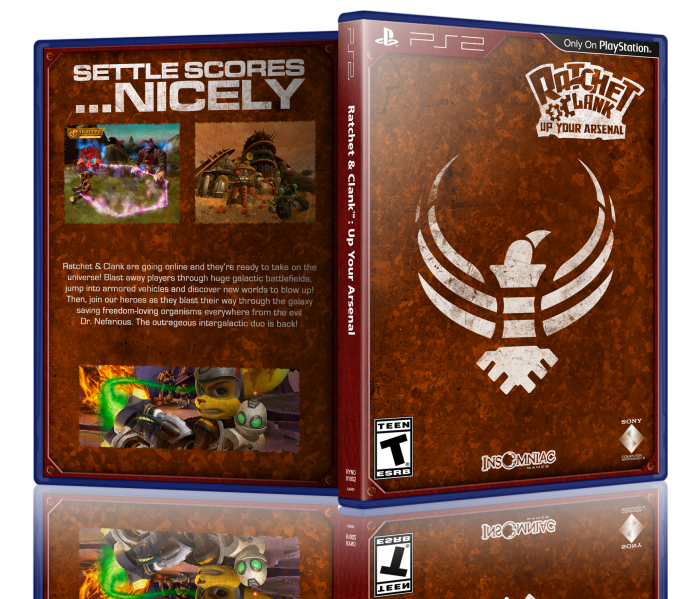 A cover for Ratchet & Clank: Up Your Arsenal, part of a series for the Ratchet & Clank games named Raritanium Editions, with simple, recognizable designs from the games. KBABZ worked on the primary design and assembly whilst Runelea made the vector game logo and emblem, which is the Phoenix emblem seen on the carpets in the Starship Phoenix.

For this cover, the colours are linked to the HUD colours and the amount of orange tones used in the game. The tagline is taken from the original US cover, while the blurb is a mix of both US and PAL covers. The style is unique from traditional PS2 cases and is meant to be consistent with the cover designs of the PS3, PS4 and PSVita.

Up your arsenal? The rating should be M, for a title like that.

Amazingly the HD re-release of game was given an E10+ by the ESRB (the original was rated T for Teen because E10+ didn't exist at the time).