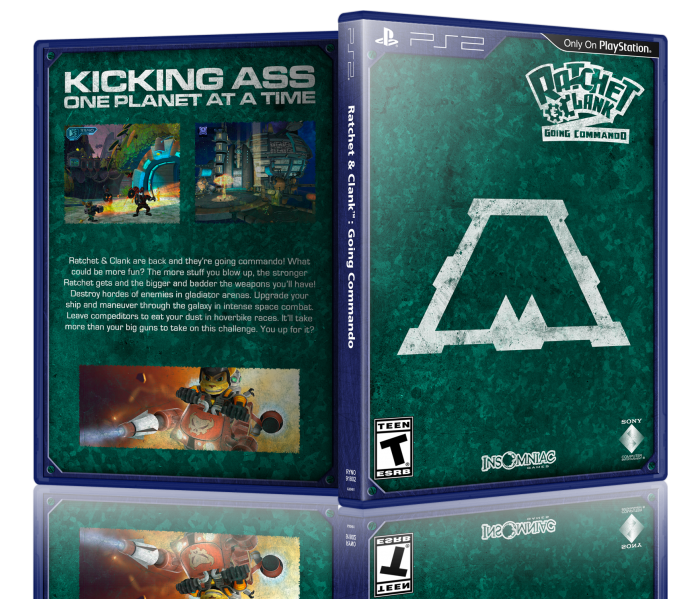 A cover for Ratchet & Clank: Going Commando, part of a series for the Ratchet & Clank games named Raritanium Editions, with simple, recognizable designs from the games. KBABZ worked on the primary design and assembly whilst Runelea made the vector game logo and emblem, which of course is the Megacorp logo.

For this cover, the colours are meant to evoke the blue HUD, Megacorp itself and cyan colours of worlds like Dobbo. The blurb comes from the original US cover, but the uncensored tagline is from the original PAL cover. The style is unique from traditional PS2 cases and is meant to be consistent with the cover designs of the PS3, PS4 and PSVita.

Kicking A** one at a time? Some Ratchet and Clank game...

They were a lot edgier back in the day. You should see the US cover for the original game, using censors and pointy text to make the game more Xtreem than it actually was.