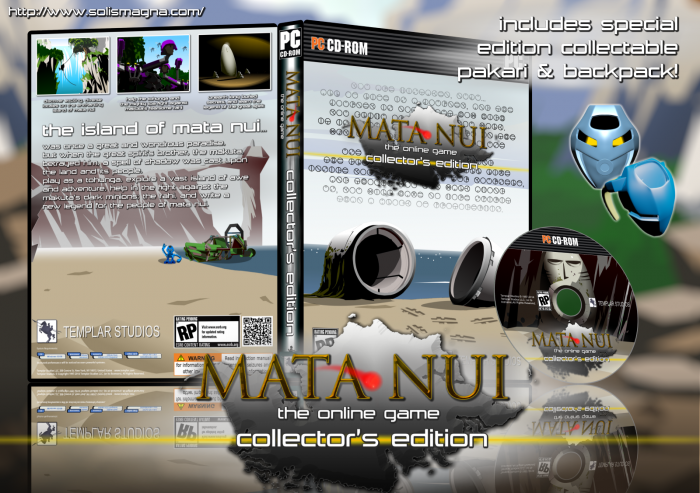 Getting this project going is a bit of a weird story. I ordered the Europe exclusive Bionicle Trilogy boxed movie set off ebay and for the display I put it on, I began rebuilding some of my old sets. Before putting everything away however, I decided to rebuild Tahu and Takua. Later I realized I had nowhere to put them unless I had an MNOLG box which, as you're probably aware, doesn't exist.

Over time, and after making a rough draft, people actually wanted to BUY this, so I figured I'd spice it up. In addition to the soon to be 3D printed Pakari and backpack, we're also working on remastering the parts of the game where the graphics are sub par. The beach for instance used on this box is also now semi-functional in game.

After I contact Templar in regards to the soundtrack, we're going to try and release this with the mask and backpack for sale on SolisMagna.com, a site dedicated to the continuation of the Bionicle franchise. So.. enjoy this little teaser of things to come I guess!