[ Buy The Rumble Fish at Amazon 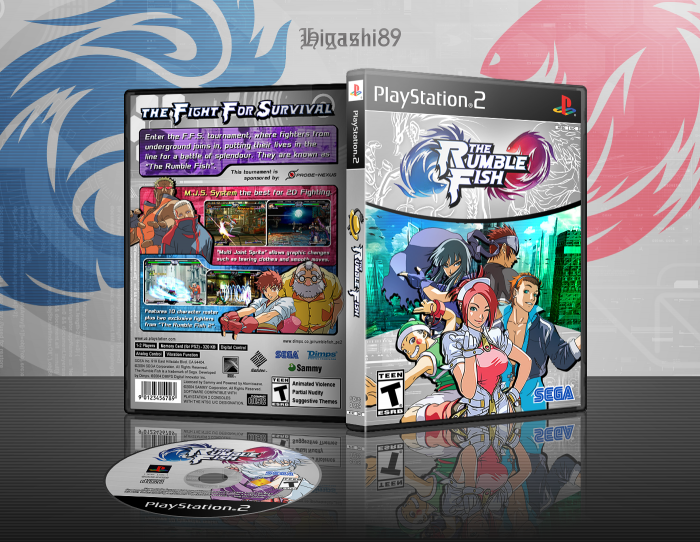 Please view this box in full size for a better resolution.

Here is my first box of 2014 and my entry for the Kickstart event. It's about a 2D fighting game no one even heard about. It was released only in Japan for the PS2, and it has a sequel only released for Arcade cabinets, also only in Japan. I used to play this game on a modded PS2 back in 2006 and I still have the game, even I don't play it much anymore, but it's a pretty good game if anyone is interested. This game was released in 2004, so this year makes it's 10th anniversary.

Also, I changed my logo (again), because I wanted something new to use as my logo, something more hand-made. I didn't use a specific font to do those, but I used the "Old English Text" and "Century Gothic" fonts for reference.

As usual, I made a poster for this game and posted at PosterMason: link

Amazing good, but it's super choppy in full view. Maybe look into it? Doesn't matter much though.

Hmmm the thing is: the images are actually low quality so I had to sharpen the overall picture. I think it's better than leave them blurry.