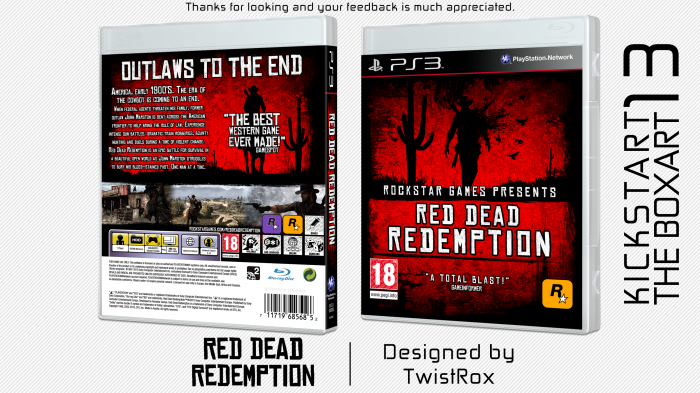 Hey guys,
This is one of my box arts for the Kickstart 2013 comp. I hope to design at least one or two more box arts for it.
The design was inspired by hesit8's Blood Stone WiP. I wanted to try a slightly different approach to this game and I think I have done that.
Credit to Scorpion Soldier and mark_inou for the templates.

Nice man. Happy you finished it.

Nice Cover . I had asked my friend. I wanted to see if it is possible to see the cover and tell me what my problem is .
vgboxart.com/view/50170/a-good-day-to-die-hard-cover/