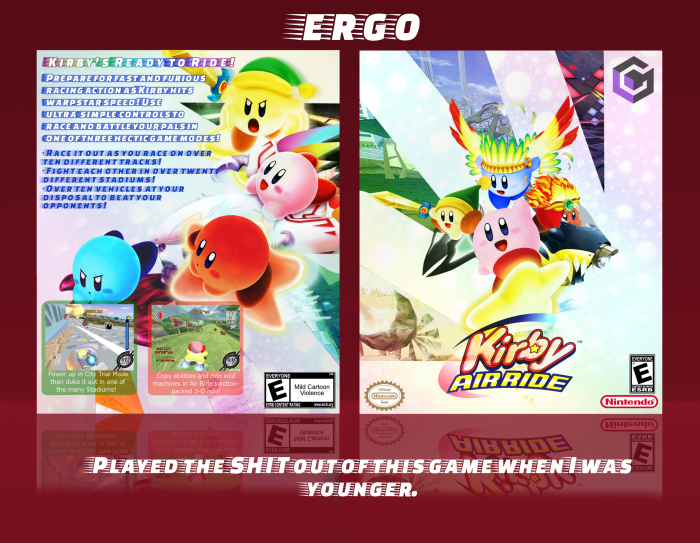 Think of it as Japanese Americanized.

Some of the renders were heavily edited (the bird Kirby and Link Kirby were both originally pink).

Looks bad ass (btw, I get most of my renders from wikis and planet renders too!)

The front is lovely, but the back kind of brings down the box a little. If u could match the quality and creativeness if the front for the back, then u have a winner. Still, the front alone deserves a fav :)

this is great as usual ergo, but the presentation is ehhh..

You need to start putting up printables. I would totally use this! :P
+fav