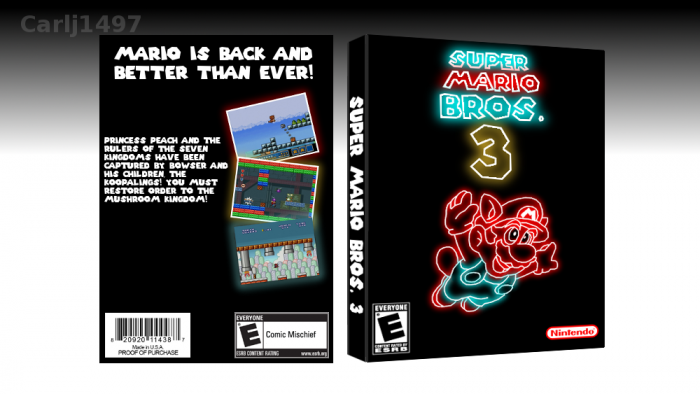 A box I made for the greatest game of all time. I drew the whole front myself (except for the ESRB and Nintendo logo).

I am very impressed with the font. Good job! :)

Thanks, I appreciate it!

Both sides are pretty plain. It kind of works for the front, but the back is a let down.

A key note for boxes: If they're plain (and I assuming you're using either GIMP or Paint.NET), overlay a texture on the background/mess around with the background.

Also: Was the Mario render on the front made by you?

Yeah, the back is pretty boring. That's a good tip, to use a texture or something. And yes, I made that Mario render, as well as the letters and the neon effects. Also, I'm using GIMP.