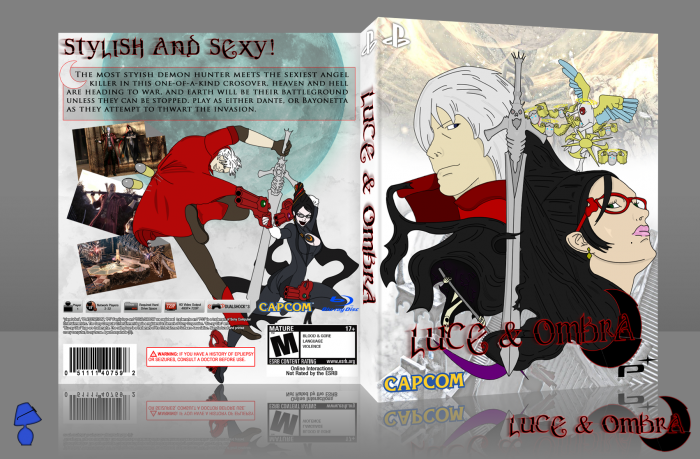 This is my entry for Martini's Crossover Competition. I combined Bayonetta and Devil May Cry. Not the most original of choices, true, but still pretty cool.

The majority of this box was done using the pen tool. The backgrounds aren't, obviously. The title is based on Sparda's guns, which are also referenced in Bayonetta. It's Italian for "Light & Shadow" respectively, which I thought fit the theme of the the game.

The art direction doesn't work with either series.

Needs so much more attention.

Even if in my opinion you not did a great work with the back cover's composition but overall I see how much effort you put into this by digitally drawing those characters, so that's why I consider this a brilliant box.