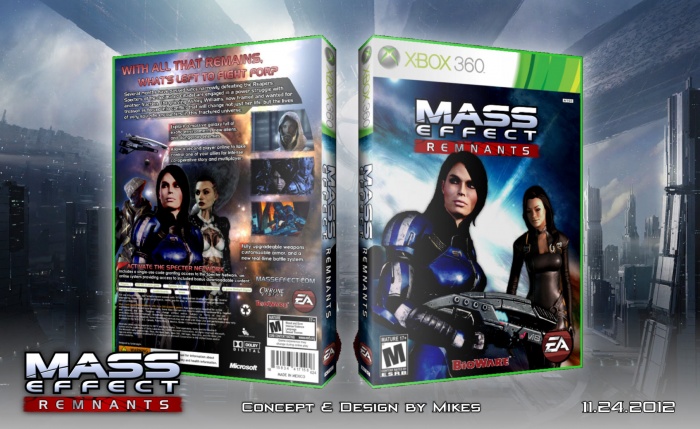 Sequel to ME3. In this idea, you can play either as Ashley or Kaiden. I find Ashley a bit more interesting and engaging. ME3 was a great game... up until the last 5 minutes or so. So I want to pick up right where the final game left off: with the universe still recovering from the reaper invasion.

The box itself is low res. Other than that it looks good. Make it so that it isn't so blurry and I'll fav :) also that logo is sexy

I love this. But the bottom of the spine looks weird.