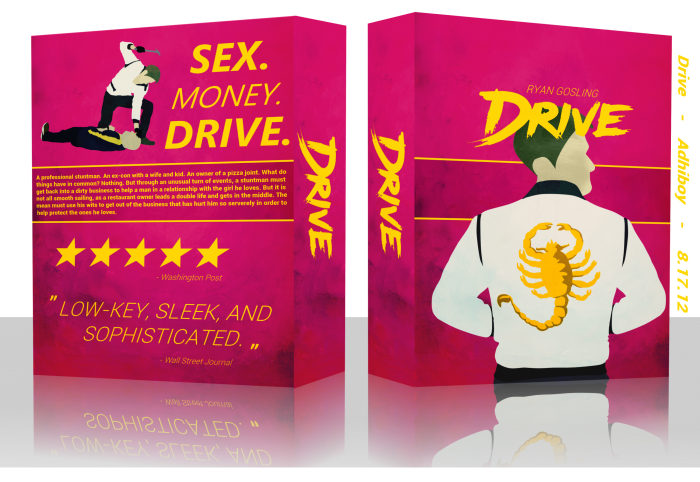 What a freaking slick movie. Just saw it and fell in love. Awesome soundtrack! Decided it had to have a box. I thought the scorpion was really dominant throughout the movie and the Driver's identity was perplexing. Credit to Scottify for the render on the back.

I really like the contrast between the pink and yellow :) amazing colors! but the box is feeling a bit 'massive' to me, with that huge spine :/

The upper part of the front also feels a bit empty imo. (no offense, but the 'missing head' looks rather akward to me) I think it would look so much better, if you'd only place the jacket (with some extra shading lines, so it looks less 'flat') in the middle of the front and remove the part of the jeans (so the title and jacket could be moved upwards to fill the blank space at the top) It sure got potential, but I think it would look much nicer, if you manage to work out those little things.

Thanks, I'll take that into consideration in future boxes