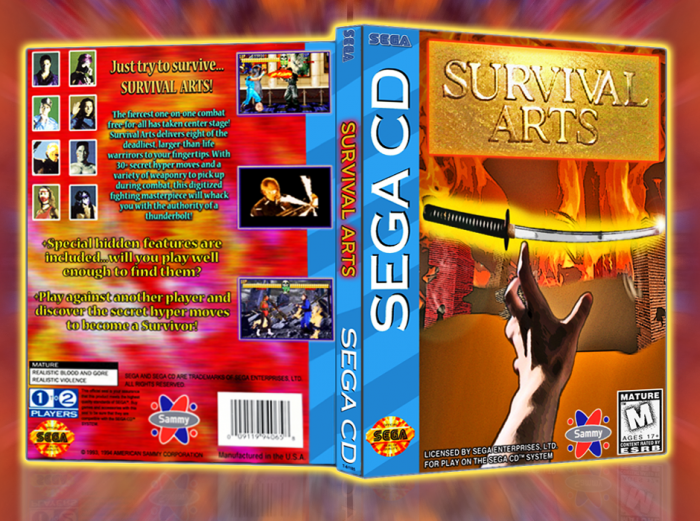 It's been a while since I last made another 'fake' box-art. Survival Arts is an Arcade game that features digitized fighters and was released around the early 90's to compete with Mortal Kombat.

The game was never ported onto any console.

Oh, and the whole website is about fake boxes, so there's no need to put quotes around it. :D Nice job!