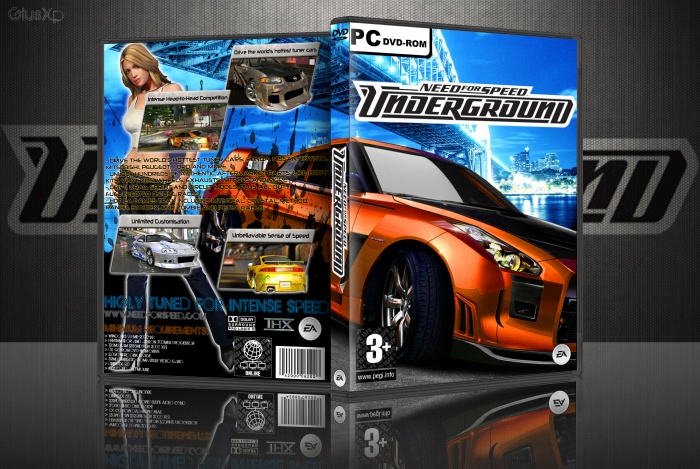 Nine years ago was released Need for Speed â€‹â€‹Underground, which I think has become a cult game and has inspired many subsequent titles. The fastest car in the game was the Nissan Skyline GT-R R32 - drawn on the original cover. In this remake I entered the Nissan GT-R, the latest evolution of the Skyline series, but I kept the description the most similar to the original as possible.

Good idea, but not a very good execution. THe woman render is waaaay too blurry (low res). The choice of font for the screenshots is not ideal in my opinion and the actual description text is difficult to read. Also you could add a tagline.

But all in all, it's a pretty nice work.

I worked following your suggestion and I uploaded a new version of the cover! What do you think about it?

The description text is hardly visible, I'd suggest an other font color or maybe add a text box. The girl is also kind of clashing with the text.

Other than this, it looks really good though ;)