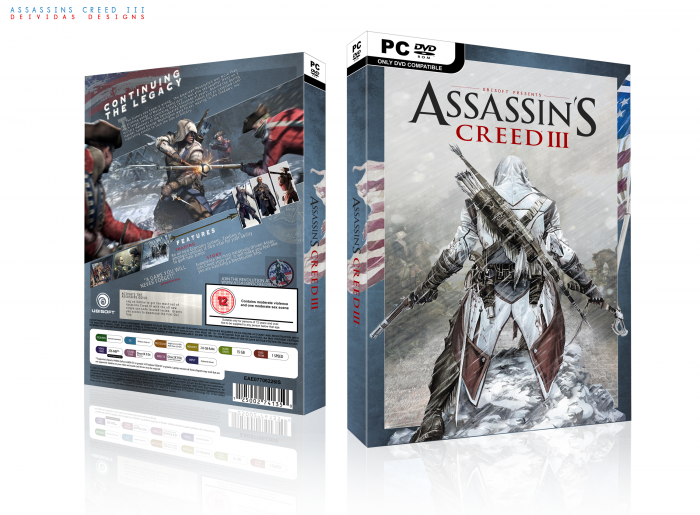 Nothing major or anything, wasnt even going to upload it on here but decided why not, dont care all that much. Just another cover i wanted to do before more artwork is released. Had a little to work with so I had to make it work as best as possible. Thanks to everyone in the WIP forums who helped me out.

WAY TO ONE UP ME DEIVIDAS

haha thanks for the compliment :) But I actually love your cover for this.

The text on the back is very hard to see, try bolding the text or doubling the text layer on top of each other. It also might be because the back is smaller than the front.

Oh damn, good idea will do that, thanks Throav. And thanks for the help in the forum, I appreciated that

I love this..but for some reason i can't fave boxes now?..

Upper right. I made the same mistake.

Nice! The art styles kinda clash, but that's understandable since there's not much available to work with.

Yea it was very tough cover to work with when i have some limited resources, and most of them are such low quality, but thanks :)

Thank you guys for the sweet comments :) Tough cover to really make successful due to the limited resources lol I tried though

nice work . i love it . hope it printable

superb work dear deividas. would you please put the printable?

You are right my friend. All the friends I used in my design project. I am glad that I have inspired you in your design works beautifully. I hope I do not offend. Finally, I hope you guys can help me in designing development

No its not a big deal at all so no worries I was just surprised thats all. You are getting better, I think you just neet to focus on improving your backs

@Deividas Thanks My Friend

Undoubtfully still one of the best AC3 covers on the site. Perfect.