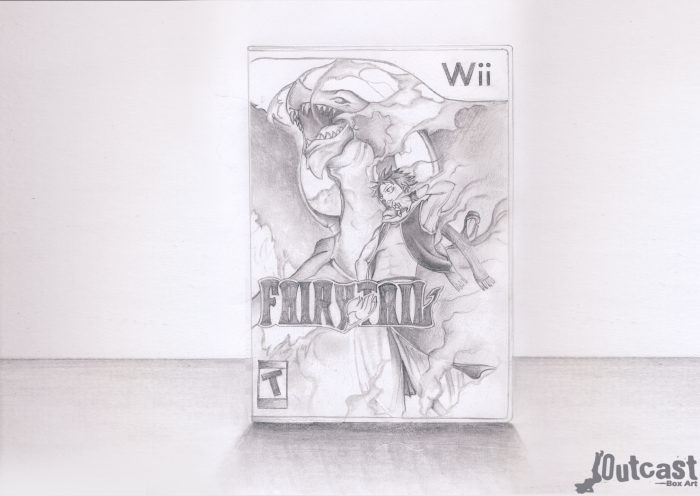 Since starting to watch/ read "Fairy Tail" been wanting to do a cover... So with that, was out an about an decided to sketch one. Let me know what you think, an if you like it enough you know what to do [:

Really nice! I like how you drew the presentation as well.

Thank you [: Yeah, I didn't just want it being a plain flat cover... So gave it all an "admittedly" basic background.

Fantabulous custom art. I just wonder how it would look in colour. Or at least a little bit of colour on the presentation somewhere.

I thought that as well, an thought I might try it as another version for this cover. Maybe ink it in a bit too in the process. Really refine it all [:

Coming back to this, I'm not so sure about the colour thing. It looks fine as is.

Coming back to this yet again, maybe some colour wouldn't go amiss. Ah anyway, congrats on the hall.

The detail of the drawing is outstanding. Would of been quite amazing to see a back too.

Hopefully that will be my next step if I produce another version. Which I'm planning on doing [:

Pretty good, the drawing is fantastic. As for the box design itself, I really don't care for the logo placement but that's all I can complain about. Nice job.

I respect anyone that has drawing ability, since mine is so abysmal. Looks great!