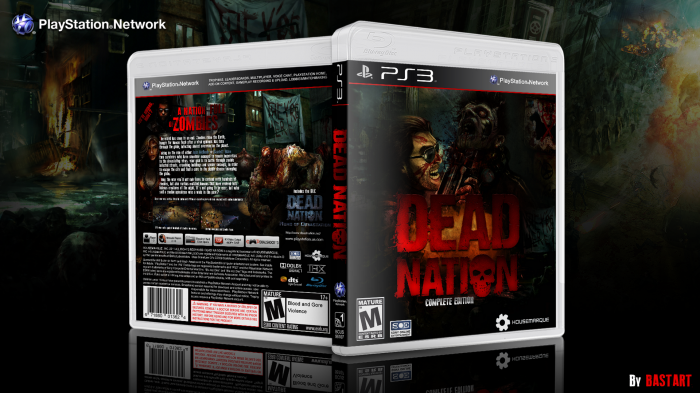 Probably the last in the series? (I've made a couple more PSN title boxes a while back in 2011, which I may post later on)

Credits to Scorpion Soldier and Sens for their templates.

Easily my favorite from your PSN boxes so far.

It seems like the COMPLETE EDITION text should be affected by the dark lighting conditions, like the main title is, but that's a minor nitpick and hardly enough to drag down the rest of the cover.

It's great, really. The front pretty clearly and effectively illustrates what the game is all about: zombies and really, really dark environments.

Yeah, have to say the "Complete Edition" heading is the only feature that is irritating me here :)

@Silent Oblivion and sd1833 Okay, I'll try to fix the lightning on it.

@Bastart That looks so much better. A seemingly small detail, but it makes a large difference.

Very nice. I didn't even know there were resources fro this game.

Not many, but I found some wallpapers and artwork of the game.

Thank you, the funny thing is that it's a,

it would be nice if they released one just like they did with PAIN,

I'll doubt it would happen though :/